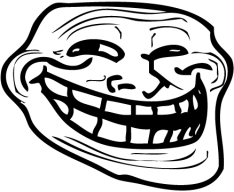 Willful ignorance. What is it good for? Absolutely nothing! Well, except for ratings, I suppose.It doesn’t advance public discourse, is frustrating to deal with, and it can’t possibly help the individual exercising it. Coming to a conversation with this attitude is like going to a Chinese buffet when you’ve just eaten five minutes before and you hate Chinese food.  No one wins. This is why it is SOP (Standard Operating Procedure) for Trolls.

Recently someone made this comment in a story about the Ark Encounter:

I don’t worship, but the separation of church and state only appeared in Jefferson’s letters to Bishops when he was Governor of Virginia. It does not appear in the Constitution. It would be no violation of the Constitution for a Kentucky public school to visit the arc[sic]. Not saying they should , just calling BS on the Constitution claim.

Upon re-reading the comment, it is clearly not a question… but it is begging for a reply. I kept mine simple and to the point: It’s part of the First Amendment. Congress shall make no law respecting an establishment of religion, or prohibiting the free exercise thereof. I offered no commentary as I thought the answer was self-explanatory. I was wrong.

His reply:Right. The words “separation of church and state” don’t appear there. And a public ISD (independent school district) in Kentucky is not “congress” and a field trip is not a “law”.

I chose not to respond, as his rather limited interpretation of the Amendment, history, and implications left me at a bit of a loss.

My raison d’être is the promotion of rationality and empathy… not necessarily promoting one particular viewpoint over another. So while I won’t be dealing with that guy in the thread (besides, others have done a point-by-point refutation of his assertions better than I could have), I thought it might be more productive to address the issue here, in a more general sense, where we can take a little more time and have more space.

Why address the question? Because I if one person asks, there must be others with the same question. So to my mind, it makes it a worthy subject of discussion. Particularly now.

Why did that guy have that attitude?  I don’t know. Upon rereading his original post and follow-up, I would guess that he hold strong libertarian leanings. Or he may simply lack critical thinking skills, or he has a limited understanding of history. Or he might be a garden-variety troll. Maybe all of those things, or none of them. In any case, misconceptions, fear, or ignorance can’t be cured by silence. Once I believe that someone like this can’t learn or grow, I’d might as well pack it in.

Regardless of the reason for his attitude or his response, I am going to proceed with the presumption that he, and other people really do want to know the truth, to understand. However, I won’t give the answer, but here are some tools for finding them.

Strongly held preconceived notions are at the root of all prejudice. Sometimes we hang on to these ideas because they’re like a security blanket, something tangible to hang on to in a frightening world filled with ambiguous situations with dangerous consequences. However, the only way to find the truth is to let go of those precious ideas, or at least make room to consider new ones. It can be an uncomfortable or even painful process, but it’s necessary. If you can’t do this, don’t ask a question you don’t want the answer to.

Also, don’t make truth-claims if you can’t back them up with evidence. Sure, state your opinion, it’s the first step in any good debate, but be ready for what comes.

Whenever you don’t understand something, look it up on the internet.

I know. But if you want knowledge, you must be willing to do the homework. How else will you know if any answer is actually true?

Yes, there are some subjects so utterly spammed by junk that Google is virtually useless, but even that should tell you something–not that conspiracy theories are correct, but that certain subjects can and do send people completely off the rails.

In this instance, even a cursory search of “separation of church and state” comes up with a plethora of articles supporting the concept. For extra credit, read up on Thomas Jefferson’s views and the author of the Bill of Rights, James Madison.

“make no law respecting an establishment of religion, or prohibiting the free exercise thereof,” thus building a wall of separation between Church & State.
Thomas Jefferson to the Danbury Baptists, 2 Jan 1802

This was what the original poster was referring to, and yes, it is to a group of Baptists. But if you spend a little more time with Jefferson, you can begin to see the wide-reaching implications of this statement, at both the Federal and State level. But please, don’t take my word for it.

While a Google search on the specific subject will usually give you all you need to answer the question, learning some history can give you the contextual reasoning. The why.

I can not overemphasize how important context is, historical or otherwise. Whether it is a broad historical context, or a narrower situational context, it is vital to understanding the thought process and motivations of people and situations. It can inform you as to whether you should continue a particular practice or hold on to a particular belief.

“In every country and every age, the priest has been hostile to liberty … they have perverted the purest religion ever preached to man into mystery and jargon.”
Thomas Jefferson to Horatio G. Spafford, 17 March 1814

You don’t have to look very hard at European history to understand why the founding fathers were concerned about the mixing of politics with religion. The history of Europe is replete with horrible abuses of power and corruption by both church and state and church as state. You and your church may be great. Really wonderful and caring  and generous. But no one can guarantee that no one would ever abuse the tremendous power derived from both a state and church. And you can bet the founding fathers knew this.

Always try to put yourself in the other person’s shoes. Assume that people have reasons other than being evil1. This is something that people have a hard time doing these days, too much of the us versus them attitude. If you fall into that category, you should probably read this.

So what if there is no separation of church and state, and that the Christian Scientist Church becomes the official church of the United States? What would happen? How would it affect everyday life? I think that life would continue pretty much as it has… but I can see the passage of legislation making it illegal to render medical treatment to children against the wish of the parents.

Or what if churches could officially fund and back particular candidates?

What can you think of? What belief or doctrine from another faith would you not like to have codified into U.S. law?

Keep questioning, keep learning, and if sometimes it comes off as trolling, I’m more than happy to put up with it.

7/15  Found the original post that inspired this article and made revisions for the sake of accuracy.

Ontologicalrealist asked the question, “Why does some one become willfully ignorant?”

Good question. Ultimately, I can not answer for any other person, but I suspect there are a wide variety of reasons. Here are a few that came to mind.

There are probably way more reasons than this, but I think you can take it from here.

1. Unless they are evil, but that’s another conversation.

16 thoughts on “An Example of Willful Ignorance, and the Separation of Church and State”